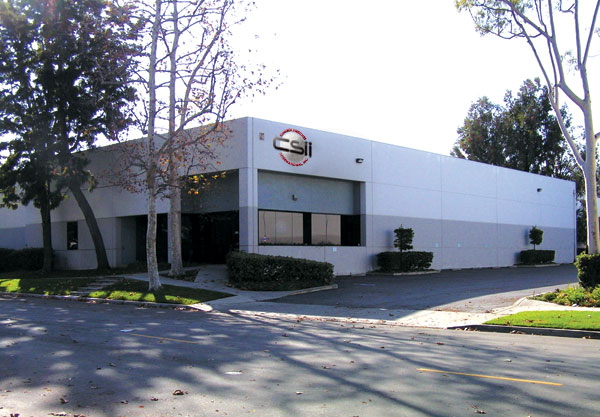 Control Switches International, Inc. can trace its roots to 1955, to the founding of the partnership of Ashe-Armstrong Company in Los Angeles. The company marketed electrical and mechanical components to the aerospace industry and government supported facilities, most of which were located in the Western United States, primarily Southern California. The founders were Ed Ashe and his son-in-law DJ (Jack) Armstrong

Changing with the market, the partnership dissolved in 1957, and Control Switches, Inc., a California company, was formed. The new corporation purchased the assets and product lines of the original partnership and invited the participation of additional stockholders. Control Switches introduced some new product lines that helped the company expand its market to the fast-growing industrial sector.

The first Subsidiary of Control Switches, Inc. was established in 1974. Electrical Power and Controls, Inc. (EPC) became its wholly owned subsidiary. EPC was created to be a stocking distributor of electrical and electronic components manufactured by domestic and foreign companies. Shares in the subsidiary were issued and sales and management people joined the EPC staff. EPC purchased a substantial parts inventory to augment CSI’s line and began to address the markets located primarily in Arizona, California and Nevada. At the same time, CSI became a holding company for the purpose of future acquisitions and company startups.

In 1977, the Control Switches management and stockholders approved the incorporation of a new company, to import, promote and distribute components throughout North and South America called Control Switches International, Inc. (Csii). The new entity’s immediate emphasis would be to market electrical components within the United States, Canada and Mexico through manufacturers’ representatives, with gradual geographical expansion.

In 1980, D. J. ("Jack") Armstrong, one of the founders of Control Switches, Inc., purchased the outstanding stock of the other investors and assumed control of the organization.

In 1992, a "value added" facility was established to supply customers’ needs. The original operation included switches wired to terminal blocks and mounted in all types of enclosures, sectional terminal blocks assembled on din rail and mounted in enclosures; and contactors and relays designed into panels. Utilizing the inventory carried by both EPC and Csii, the panel shop has become a full service custom control panel shop. It is a UL approved facility and undergoes regular UL inspections as required under UL508A for Industrial Control Panels.

Jack’s three daughters are the majority owners and they manage the corporation today. Peggy Turner joined EPC’s sales force in 1981 but transferred to Csii in the mid-1980s; she runs the day to day operations of Csii. Judy Steward got her start with EPC in outside sales in 1981; she runs the day to day operations of EPC. Susi Moore brought her financial expertise to the company in 1991 as Controller and today serves as the Chief Financial Officer for the corporations. CSII qualifies as a "woman owned" company and a minority supplier for federal and state purchases of materials, a distinct advantage for a private corporation bidding for public projects.

We will work hard to ensure customer satisfaction by providing quality products, competitive prices and superior customer service, with trust and integrity.